What are Recirculation Aquaculture Systems and why all the interest? 2 minutes

Recirculation Aquaculture Systems (RAS) has become a very hot topic in seafood circles in recent times. Essentially referring to the commercial farming of fish and other aquatic species in intensive, closed-containment production facilities, it’s actually a concept that’s been around for several years. What’s different today is that the RAS ventures being talked about and invested in are extremely sophisticated, high-tech food production systems.
Latest RAS technologies allow for close supervision of waste and effluents, while tighter controls over water use, quality and isolation from external environments can help produce healthier animals, limit environmental impacts and reduce the sector’s dependency on medicines. At the same time, such farms provide the opportunity to greatly enhance feed management and the means to promote consistent growth rates throughout the production cycle to market size. As such, there is an increasing tendency for these operations to be constructed in locations close to large markets. 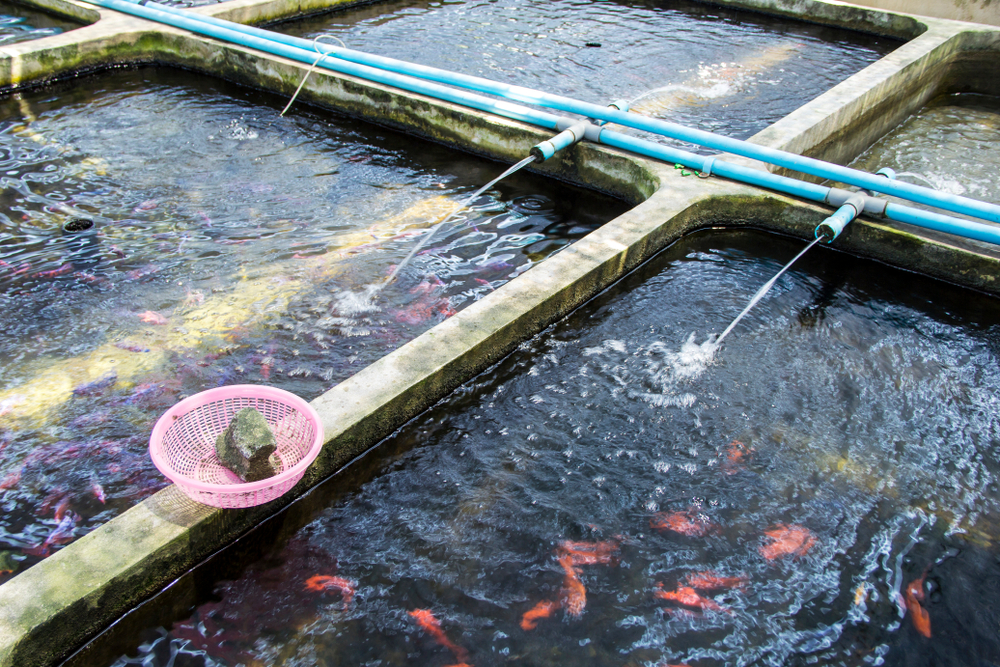 What’s underpinning the considerable interest in RAS is the soaring global demand for seafood. With the plateauing of wild-capture fisheries in recent decades, the aquaculture industry has ramped up its output dramatically. It now produces a harvest volume in excess of 80 million tonnes and accounts for more than half of the seafood eaten worldwide.

The Food and Agriculture Organization of the United Nations (FAO) forecasts that this growth trend will continue and that a harvest of some 110 million tonnes will be achieved within the next decade. The FAO also projects that by 2030, 62% of the seafood we eat will come from farming systems.

But while aquaculture is widely regarded as the world’s most efficient protein generator and is well placed to provide larger volumes, it has also been identified that its growth potential could be

hindered by a lack of available farming space. Therefore, while there is still scope to expand the production systems that already occupy many coastlines and watersheds, many eyes have become focused on new farming technologies, with land-based systems ranking among the most attractive opportunities.

Though modernday RAS is still in its infancy, with only modest volumes currently being harvested, the many ongoing research and pilot projects are expected to lead to several fullscale commercial farming ventures in the years ahead. Furthermore, with new innovations expected to improve costefficiencies – making RAS facilities less expensive to build and run – there’s a growing acceptance that these new production methods and the technologies behind them will be another way that aquaculture can increase its contribution to the global food supply.

The number of proposed projects to farm seafood using RAS technology is increasing on an almost daily basis. But while this production method can be adapted to most farmed species and regions, and a widening number of commercially important varieties of fish and shrimp are being grown in these systems, the Atlantic salmon sector is very much leading the uptake.

A number of salmon farmers are utilising these systems to produce larger juvenile fish for transfer to sea cages, while a smaller but growing number intend to use them for the entire production cycle. The majority of these full grow-out projects are aiming for a production volume between 5,000 to 35,000 tonnes, but there are others that are aiming much higher with eventual harvests of 100,000 to more than 250,000 tonnes. Indeed, it has been estimated that within 10 years, as much as 10% or 280,000 tonnes of the Atlantic salmon produced annually could come from RAS.