Whilst the COVID-19 pandemic continues to dominate our immediate thoughts and actions, it wasn’t very long ago that plastic pollution was society’s hottest topic. The challenge has caused considerable consternation globally – specifically the threat that plastics pose to ocean health.

Having burst into the public consciousness through the Sir David Attenborough-narrated series Blue Planet II in 2019, most of us are alert to this growing and pervasive crisis, and also horrified by the statistics. Eight million tonnes of plastics are dumped into oceans every year and around one million seabirds and 100,000 mammals are killed annually by plastic ingestion. These are just a few of the jaw-dropping numbers, which together with haunting imagery, are now commonplace across all forms of media.

Fortunately, this growing body of evidence, together with ever-increasing public engagement, has led to a rising number of rescue initiatives – new strategies aimed at turning the tide on ocean plastic pollution at one level or another. To its credit, the seafood sector is playing a considerable role in many such endeavours.

It’s important to clarify that plastic is vital to the seafood industry – from the nets, lines, pots and ropes that catch fish and shellfish but may only survive six months of heavy use, to the single-use packaging that keeps products fresh. But its disposal has been identified as an issue. As such, there’s a growing number of start-ups that are recycling end-of-life fishing gear into useful new products and materials. Concurrently, innovative packaging solutions are being introduced to reduce plastic use and waste.

At the same time, it’s understood that at least 640,000 tonnes of fishing gear is lost or abandoned in our oceans each year and that much of this so-called “ghost gear” is plastics-based. While all plastic in the oceans is damaging and a threat to marine life, this lost fishing gear spreads throughout the ocean on tides and currents, continuing to catch and entangle fish, crustaceans, seabirds and marine mammals, as well as damaging reefs and sea beds.

Launched in 2015, the Global Ghost Gear Initiative (GGGI) is at the forefront of tackling this particular issue, bringing together the fishing industry, businesses, NGOs, academics and governments to focus on solving the problem of lost and abandoned fishing gear worldwide.

On a more local level, there are multiple projects around the world that see some fishermen fish for litter and others target the removal of ghost gear from the ocean.

Seeing an opportunity to make a meaningful contribution to these efforts, Pittman Seafoods has been turning old fishing nets into socks. Made exclusively from the regenerated nylon Econyl, these socks are being distributed at our events, customer visits and trade expos.

Meanwhile, estimating that as much as 85% of litter in EU waters is plastic, the European Parliament last year adopted the Single-Use Plastics Directive. As well as focusing on tackling the 10 plastics most commonly found on European beaches, including the 27% accounted for by commercial fishing gear, these new rules promote the move to a circular economy and the sustainable management of resources. 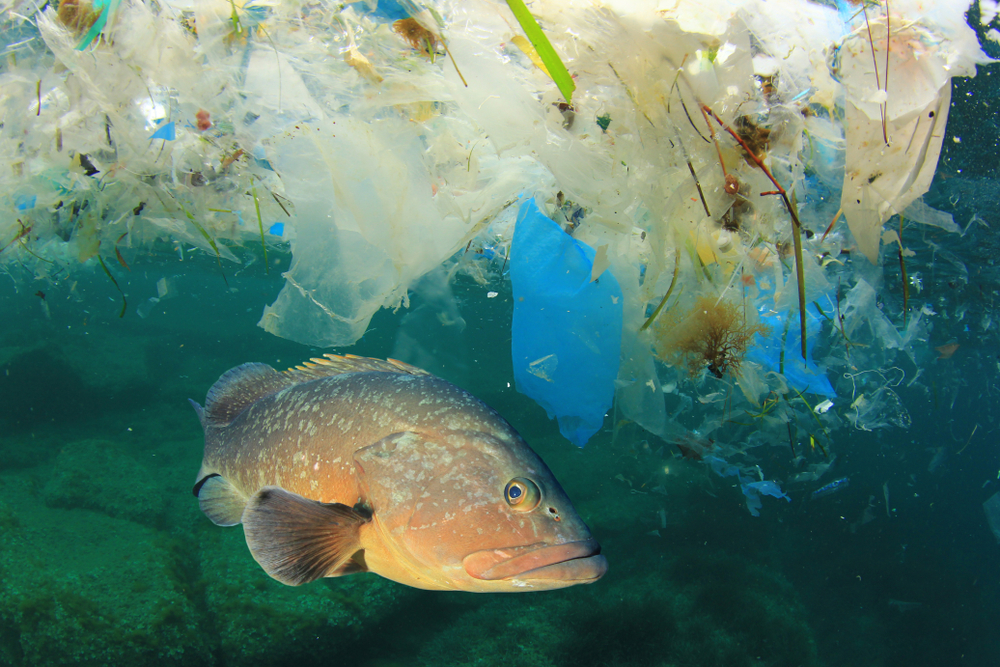 The directive is an important component of the wider EU Plastics Strategy, which aims to have all plastic packaging on the EU market reusable or recyclable by 2030. Part of this will see the introduction of an “extended producer responsibility” approach in December 2024, whereby relevant companies will have to cover the costs of collecting, transporting and recycling plastic fishing gear.

Therefore, while we remain at a critical point in the protection of our oceans, the clear sea-change in attitude and all of the positive actions underway or in the pipeline demonstrate that the war on ocean plastics is starting to turn.