Mussels: Why we should all be eating these delicious molluscs 2 minutes

Mussels are one of the seafood category’s true superheroes. These bivalves have contributed to the human diet for tens of thousands of years, but have probably never been more consumer-relevant than they are today.

Alongside being highly valued for their versatility, and for being one of the easiest seafoods to cook – steamed for just a few minutes and easily paired with a variety of flavours and sauces – mussels have much to offer those that eat them, and also greatly benefit the environments in which they grow.

From a nutritional perspective, the mussels’ sleek, shiny purple-black shells contain juicy, tender meat that’s full of flavour, high in protein and low in fat. Health-conscious people will also appreciate that these shellfish are packed with omega-3s and can deliver up to three times the daily recommended value of brain-boosting vitamin B12 in one 3-oz serving.

In the wild, mussels are mainly found in shallow, intertidal areas, growing on rocks or attached to one another in large clusters on the sea floor. Globally, though, most of the mussels we consume are farm-raised, predominantly produced using ropes hung in the ocean where they pose negligible threat to marine environments.

Like fellow bivalves – oysters and clams – mussels can in fact improve the areas that they are grown in. Through their consumption of microalgae, they filter the water, making it a cleaner and safer environment for other marine animals to exist. Their natural diet also means that unlike many other cultured species, they don’t require any additional nutritional inputs. 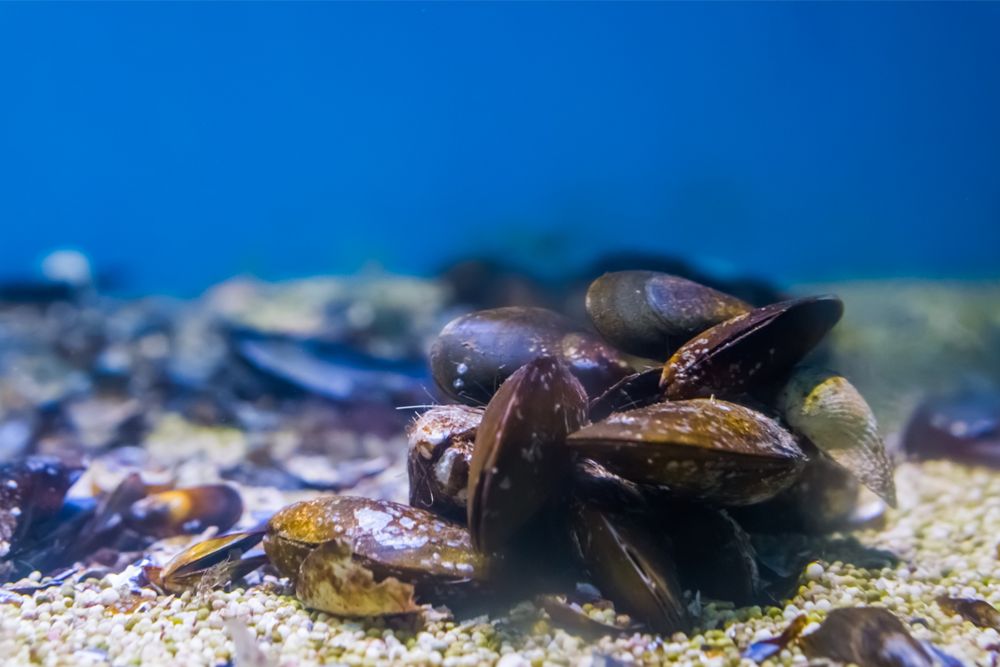 With an almost limitless supply, it should come as no surprise that these shellfish score very well in sustainability rankings. The Monterey Bay Aquarium Seafood Watch programme states that farmed mussels are “one of the most sustainable seafoods you can buy”, while the Marine Conservation Society’s Good Fish Guide gives them a “Best Choice” sustainability rating.

Chile’s mussel farming sector dates back to the 1940s. In the decades since, it has grown to be the world’s leading mussel producer and exporter, with pre-COVID volumes of approximately 90,000 tonnes and 70,000 tonnes respectively.

The country’s mussel culture is based on the production of three species. The main species is the chorito or Chilean mussel (Mytilus chilensis) of which most is exported. Historically, Europe has accounted for around 70% of Chile’s mussel exports. Two other species are the cholga mussel (Aulacomya ater) and the giant or choro mussel (Choromytilus chorus), which are all consumed domestically.

The abundance and year-round availability of mussels has helped classic meals like Moules Marinière and Moules à la Provençalebecome hugely popular with consumers all over the world, while Spanish paellas simply aren’t the same without them. Mussels also work extremely well with pasta and in Asian-influenced dishes.

When we also factor in their excellent affordability, there’s certainly a strong case for declaring mussels to be one of the world’s best seafoods.