In October, our purchase manager Jennifer Vermeiren went to Chile, where we purchase our Atlantic salmon, mussels and king crab. Horacio Lyon, managing partner from our local Omega C-Foods office, was also present. Chilean king crab and in particular the meat, which is mainly used by our industrial customers in the production of salad spreads, is an important item in our product range.

Due to our experience and our partnership with the largest producer of king crab meat in Chile, we are the number one importer of this delicacy. We have, therefore, recently decided to use our strong position outside the frozen product range for the production of canned king crab meat.

An important part of the mission was to ensure a smooth start-up of this new project. We therefore planned several visits and meetings, both at the producer of the king crab meat and the producer of canned crab meat.

The Chilean king crab, Latin name Lithodes santolla, is the smaller relative of the large king crabs that we find in the north of Norway, Russia and Alaska. This variety of crab is caught in the Pacific Ocean off the southern coast of Chile. Artisanal fishers take their small boats to sea to fish for crab using crab traps, returning after several days with the live animals. The sustainability of this species is guaranteed by only keeping the male crabs which meet the required minimum measurements. This is determined by measuring the diagonal length of the abdominal flap. The crab fishing season is also limited: from July to November in Patagonia in region XII, and from February to November in regions X and XI. 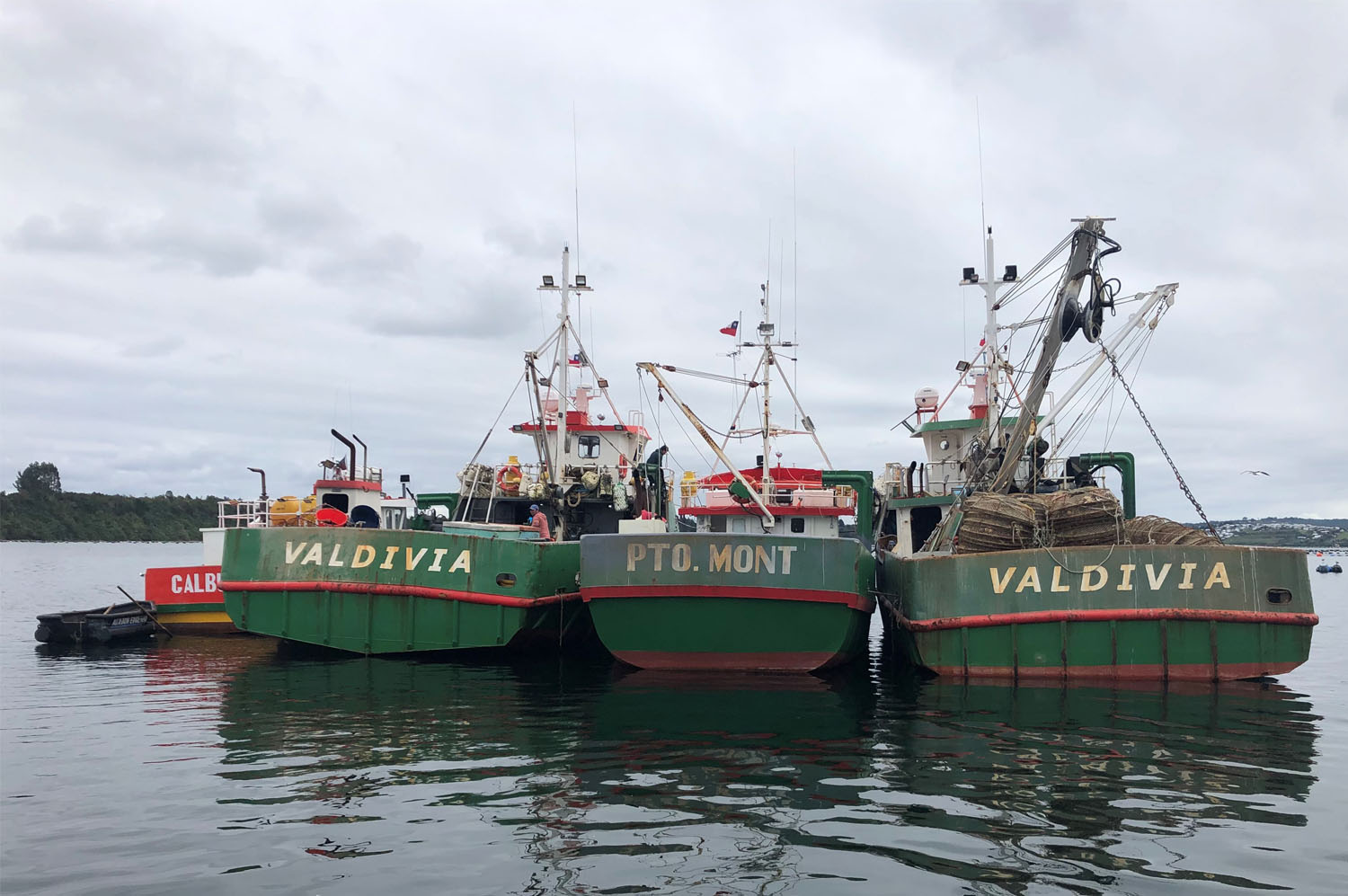 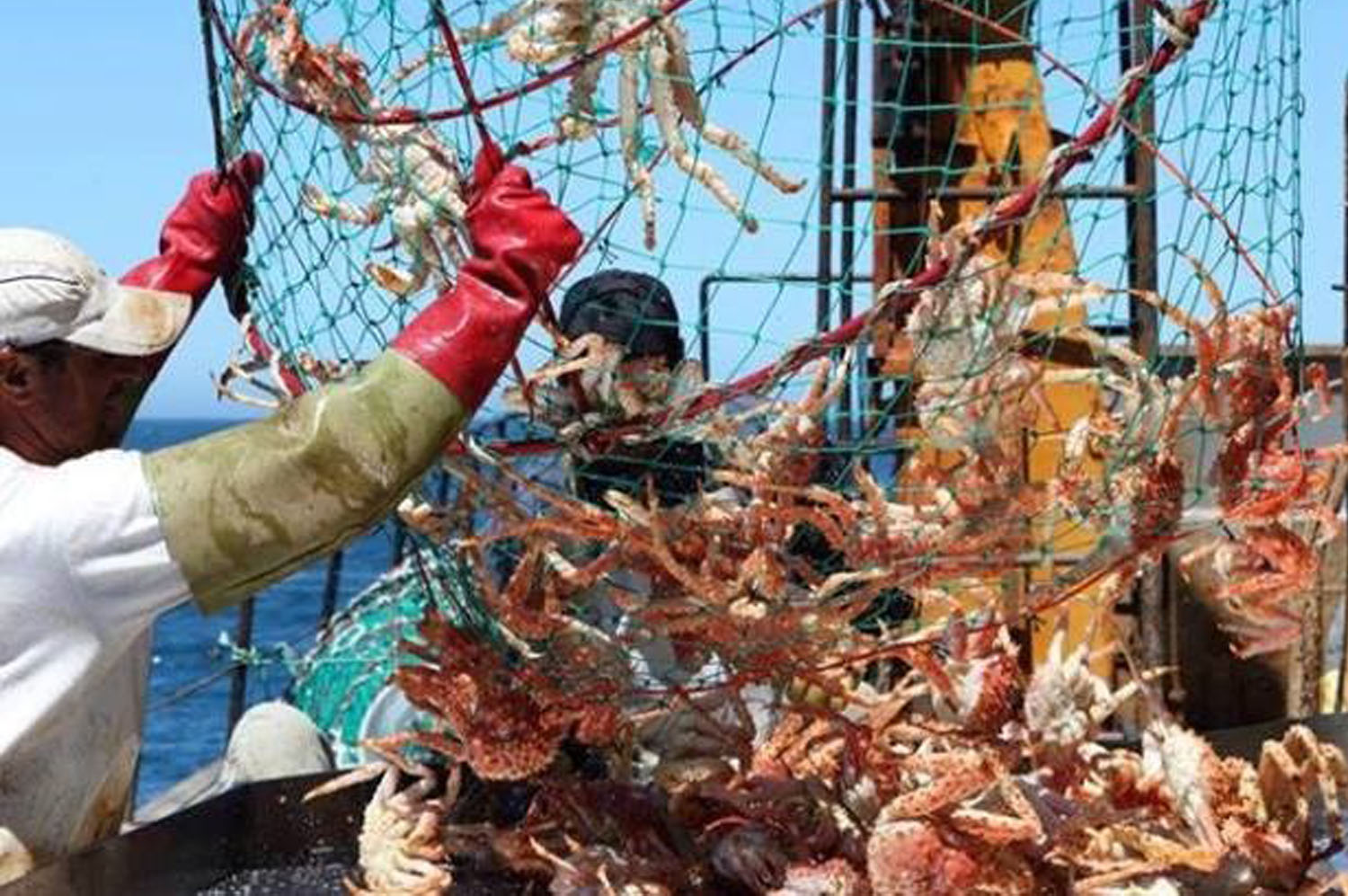 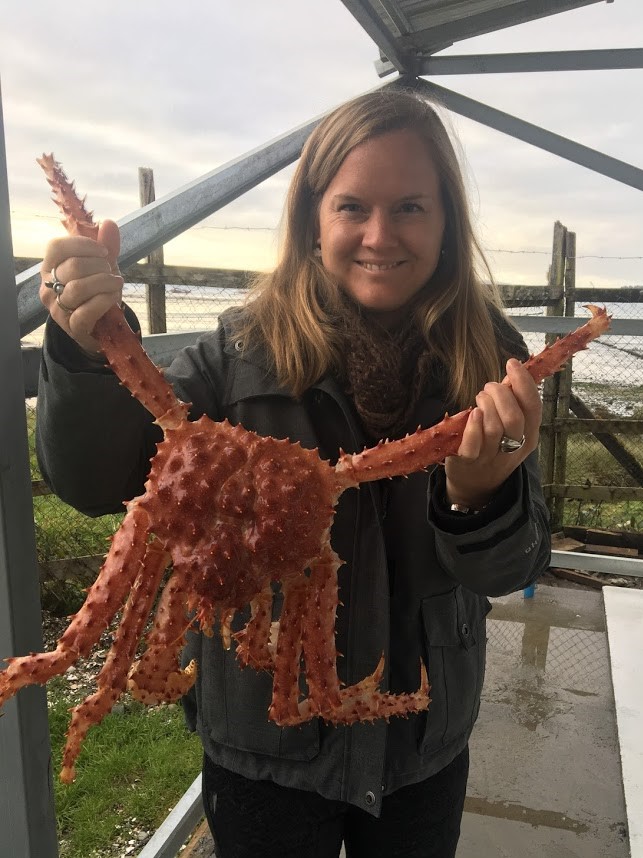 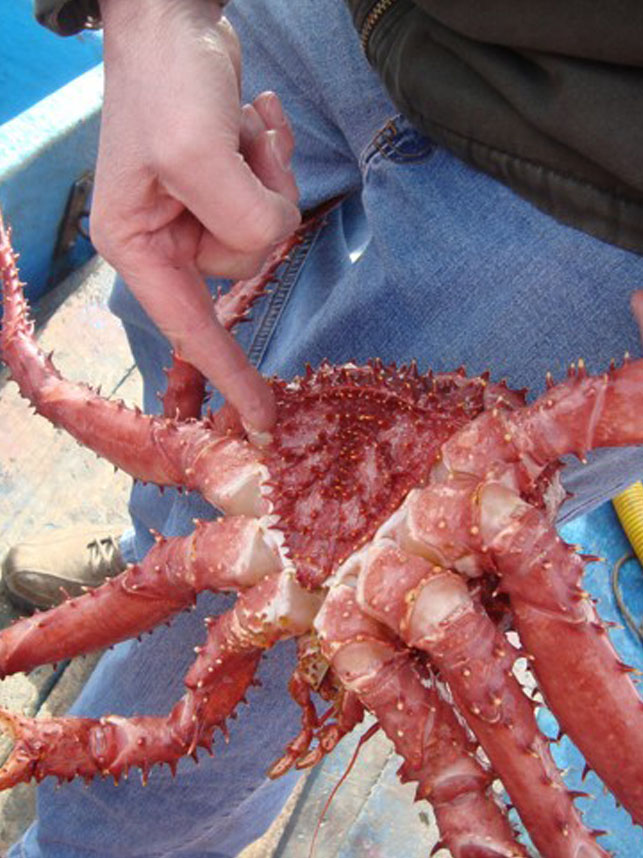 Immediately upon arrival in the factory, the crabs are checked to see if they are still alive before they are processed. All dead crabs are removed. After cooking, the meat is removed from the carapace manually and with the greatest care. The meat is thoroughly checked for shell bits and cartilage in a dark chamber under ultraviolet light. The red legs and the white meat are then packed in the right proportions in vacuum bags and frozen. The quality is strictly monitored and controlled during the various stages of the production process. 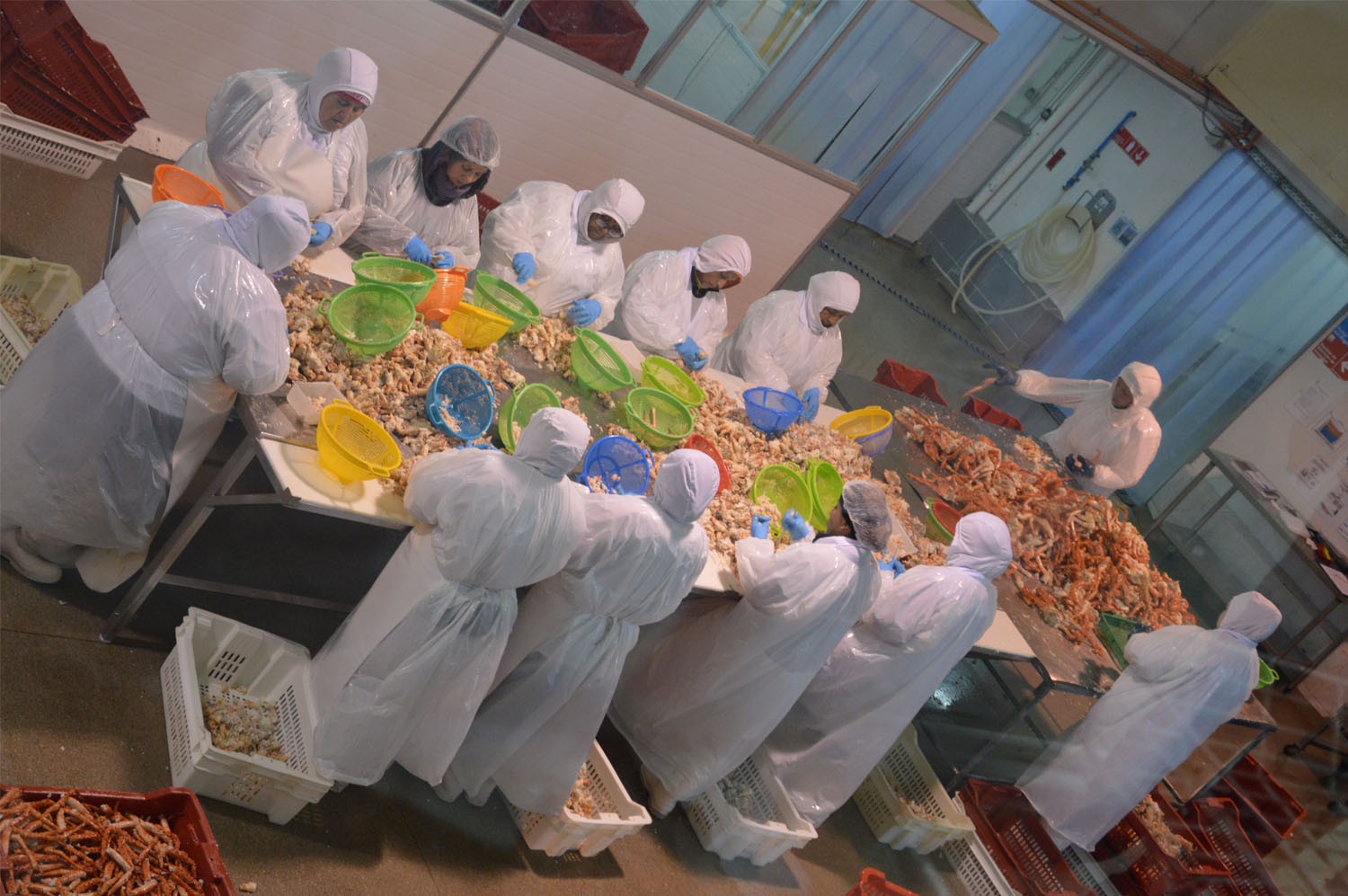 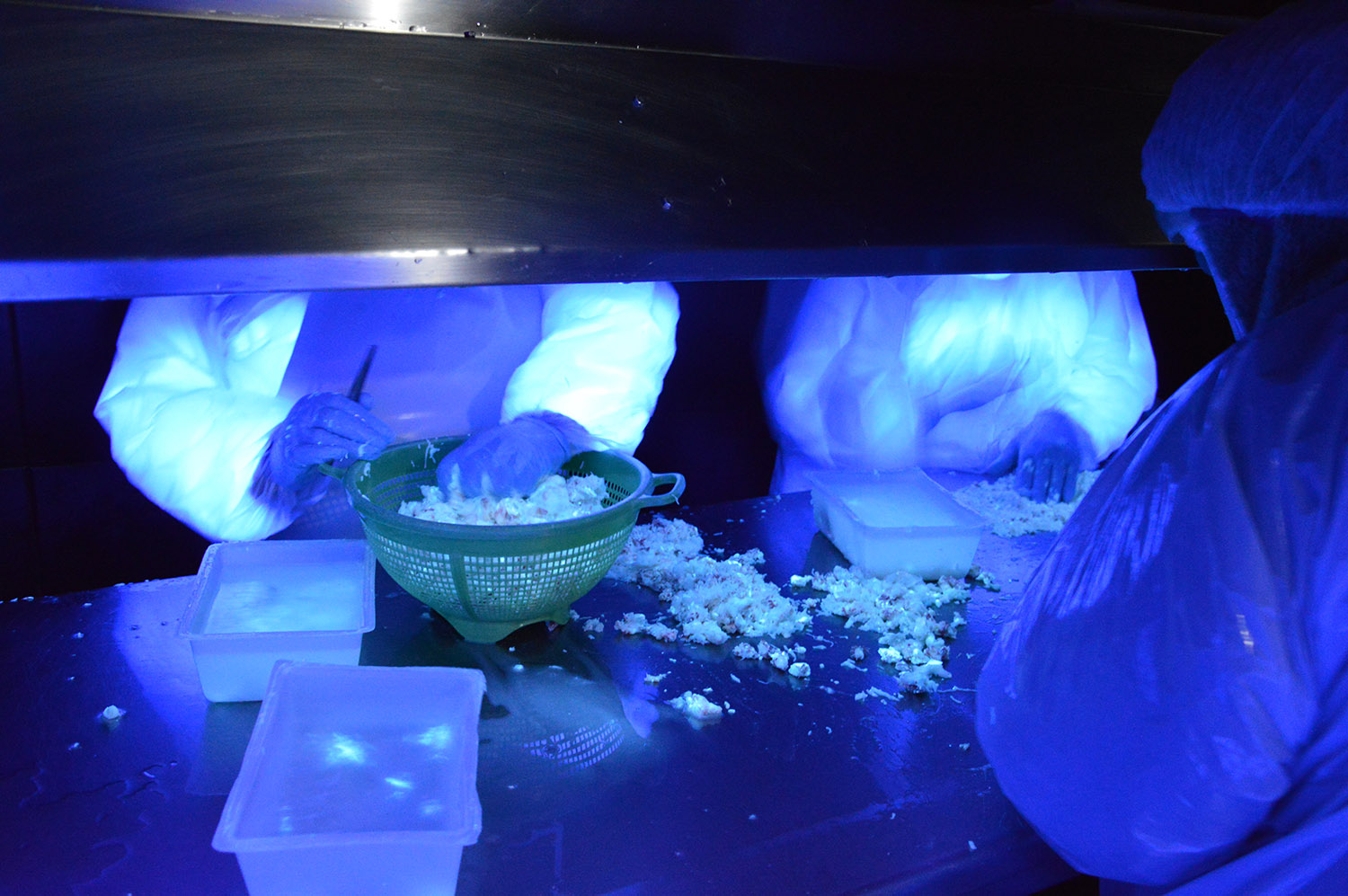 The canning process takes place at one of the largest fish and seafood canning factories in Chile. They are the leading exporter of canned crab and they also process various varieties of shellfish, squid and salmon.

During the canning production of king crab, the meat is placed manually into the cans. The meat is weighed very precisely to ensure the right proportions of red and white meat. On the automatic canning line, the liquid is added, the lids are placed, the cans are cleaned and dried and each receives its lot number for traceability. As soon as sufficient cans have been produced, they are placed on large carts into the autoclave for the sterilization process. The final step is the labelling or packaging into printed boxes and outer cartons according to the customer’s requirements, so that the goods are ready for export. The IFS certified producer carries out thorough quality checks both during and after the production process. The raw material is subjected to inspection before this process. At various points during the production process, the weight is checked and the sterilization process is strictly monitored. After completion of the production process, further tests are conducted for the net drained weight, odour, colour and flavour of the end product. The container can be loaded safely in the knowledge that everything is perfect. 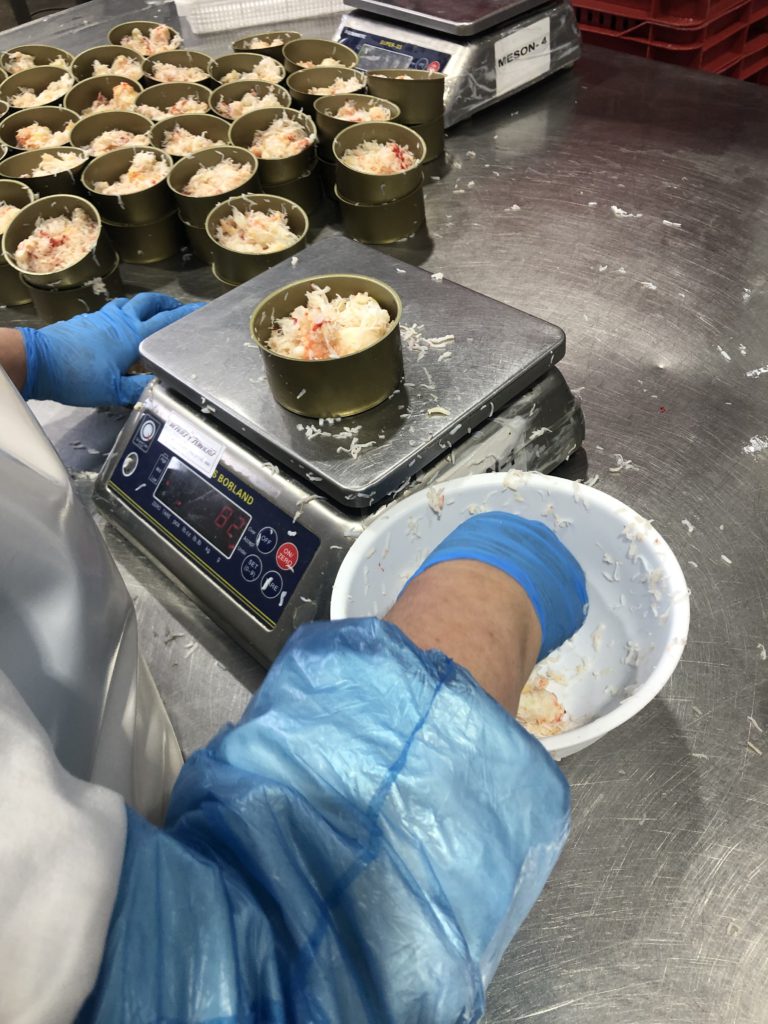 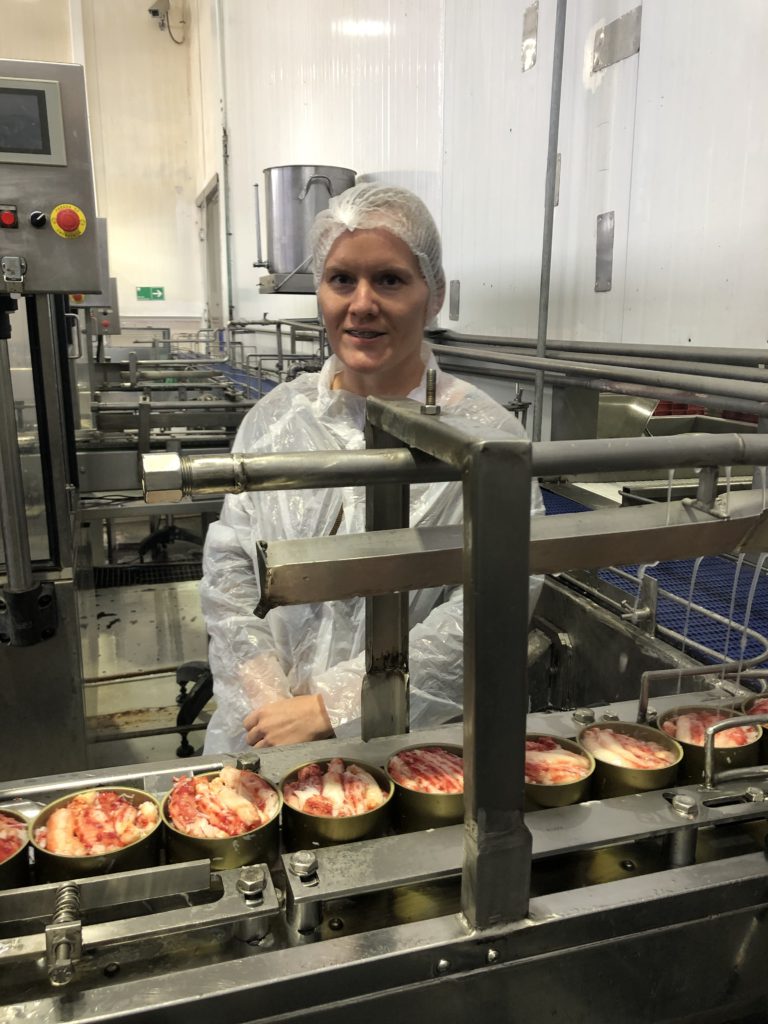 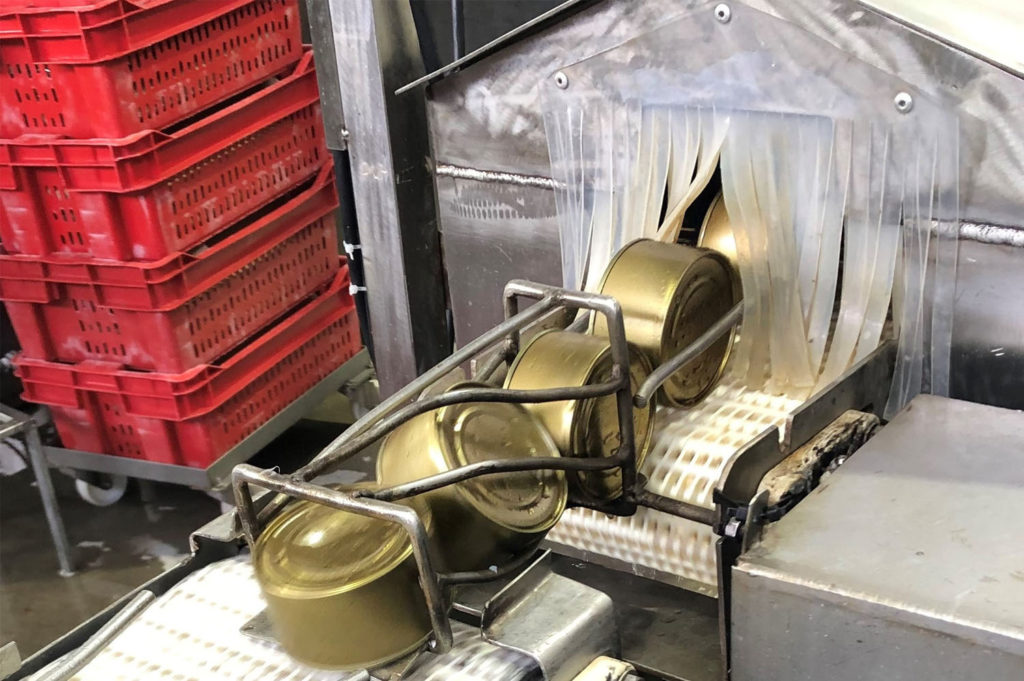 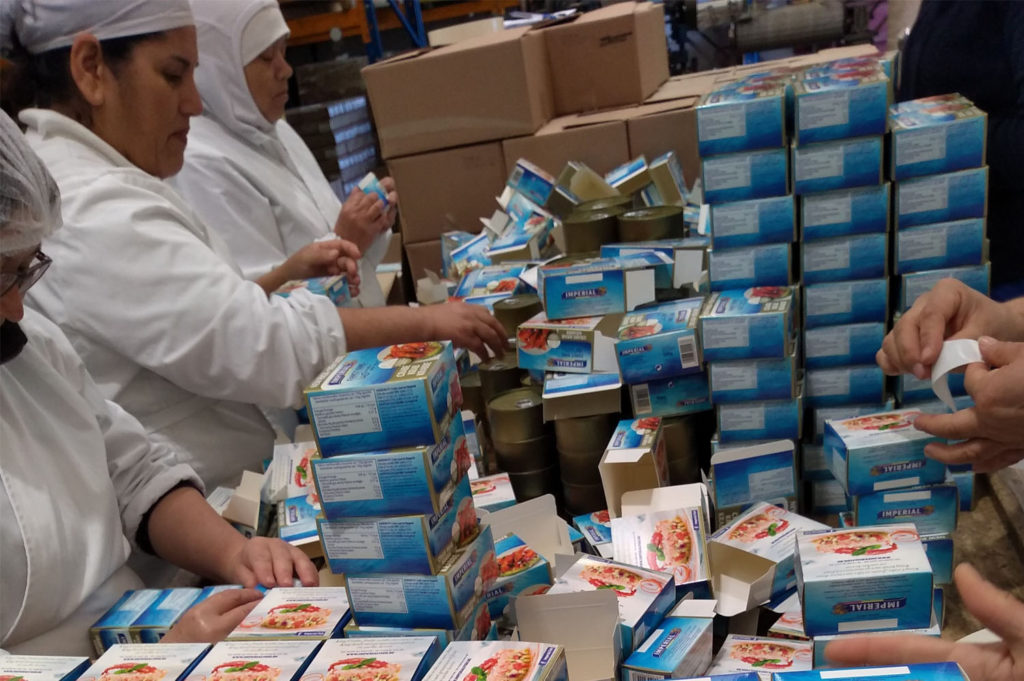