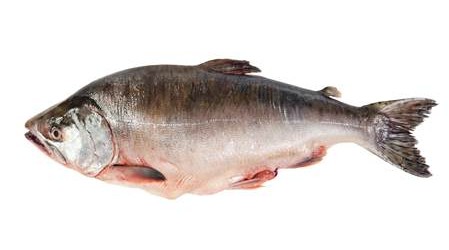 Instantly recognisable by a distinct colour palette that varies from dusty pink to bright apricot orange, salmon encompasses a wide variety of species and production methods. However, the global salmon trade is mainly dominated by wild Pacific and farmed Atlantic fish, both of which are available from Pittman Seafoods. There are five different wild-caught Pacific Ocean salmon species—king, pink, chum, sockeye and coho— all of which are very closely related to one another, but have different flavour and texture profiles.

Wild Pacific salmon plays an important part in the world salmon trade. A large proportion of these fish are caught in the United States and, according to the Fisheries Economics of the US report released by the National Oceanic and Atmospheric Administration (NOAA), US commercial fishermen harvested €352.3 million worth of Pacific salmon in 2012. This was the country’s second-most valuable seafood, behind scallops in first place with a value of €402.7 million. The majority of Alaskan salmon is sold in the United States but there are also significant exports to Europe.

Of the Pacific varieties, pink salmon (Oncorhynchus gorbuscha) are the smallest (3–5 pounds) and the most abundant. It is, therefore, Pittman’s main wild salmon species in terms of volume. In North America, pinks are found from Alaska to Puget Sound in Washington State, but the largest catches are in Alaska, where the speciesaccount for almost half the salmon harvested in the state’s fisheries. Last year, Alaska caught 226.3 million of them. The Alaskan salmon-fishery management ranks among the best in the world and the state has many Category-A fisheries. Recognised strengths include its data transparency, escapement-monitoring coverage and explicit prioritisation of wild stocks in legislation. As well as Alaska and the US west coast, there are significant pink catches in both Russia and North Korea.

The most widely available salmon in the world is the farmed Atlantic (Salmo salar) variety, and the global market for this species is currently valued at more than €8.2 billion. Total Atlantic salmon output is expected to grow slightly this year to just under 2.1 million tonnes, followed by a further 3 per cent in 2015. While Chile’s Atlantic salmon industry has made a strong recovery from its 2010 low point and produced around 450,000 tonnes of the fish in 2013, salmon farming continues to be dominated by Norway, which is on course to set a new export record this year.

In total, the Scandinavian country’s salmon exports achieved a value of €2.6 billion in the first half of 2014, an increase of 24 per cent year-on-year and the sector’s highest export value ever for the first six months of a year. With no slowdown anticipated in the trade, Norway is expected to surpass its performance in 2013, when its salmon exports achieved a record value of €4.8 billion—35 per cent higher than the previous year. The 2013 total was reached with 960,000 tonnes.